The Anticult Movement-Agents of Chaos

My experience with the anticult movement (ACM) started in 1996 when I met ACM activist Walter Shiel. Walter Shiel was on the board of a large ACM organization called Cult Awareness Network (CAN). CAN collapsed under the weight of a lawsuit around the time I started. This gave rise to various ACM organizations.
I left the Jehovah's Witnesses in anger, which started with mistreatment by an elder. I took this single mistreatment and blamed the whole religion. It took me years to recover from this mistreatment, and now I will never go back. I officially left when a legitimate social issue arose: pedophile problems. I could not believe what was being done and how the Jehovah's Witnesses treated the entire problem as collateral damage.
My advent from the ACM came in three stages. Two were ideological, and one was social.
Now I study the science of cults and sects, not the ACM way. The ACM way is not scientific and not human rights friendly. More to come...
at March 15, 2022

The Watchtower denomination has known about clergy privilege since 1989 per Watchtower Body of Elders letters. The following diagram is... 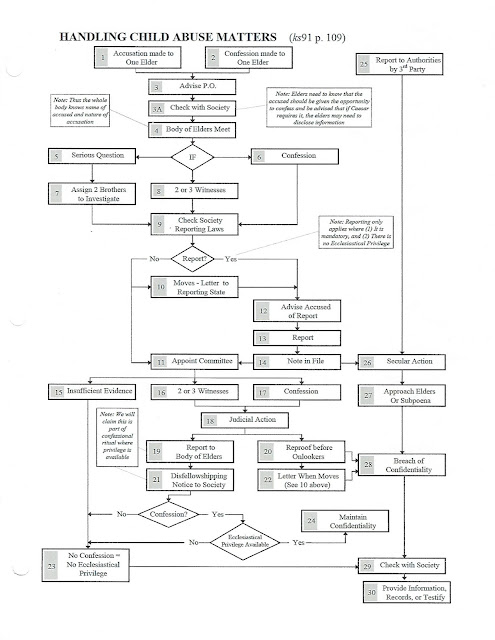